3D printing, also known as additive manufacturing, is one of the most innovative technologies to be introduced in recent years. Essentially, it allows you to create an object from a digital file using specialized 3D printers that build up the object layer by layer in a very controlled manner. This technology has the potential to revolutionize how we design and manufacture objects, but how does it work? How do these printers produce three-dimensional objects? Keep reading to find out!

First, you must create a digital design of your project. This can be done by hand in a program like Photoshop or Illustrator, but there are also many computerized CAD (computer-assisted design) tools that you can use to do so. Computerized designs not only allow for easier manipulation of dimensions, they’re usually more precise as well (which is essential when printing something out at such small scales). There are also digital modeling programs specifically designed for creating objects for 3D printing.

Stereolithography, also known as solid imaging, or StereoLitho) was invented by Chuck Hull in 1986. It uses a UV laser to trace a cross-sectional pattern onto a vat of liquid polymer. Solid layers are then built up on top of each other until an object is formed. A separate printing platform may be required for each material. The process can take anywhere from several hours to many days depending on layer thickness, material type, and desired quality of parts being produced. Check out Stereolithography – 3D Printing Guide

SLS is one of several ways that a 3-D printer can construct an object. This process involves laying down successive layers of a powdery material, usually polyamide plastic, on top of each other to build up a three-dimensional object. As each layer is added, it’s heated by a laser to form hard nylon parts. In order for layers to adhere, they must be placed precisely onto previous parts using software. A completed object can be fully formed in as little as four hours. Check out Selective Laser Sintering – an overview | ScienceDirect

The term Fused Deposition Modeling (FDM) refers to a type of additive manufacturing technology. FDM works by heating up plastic filament, which becomes molten and can be extruded through a nozzle to form layers of plastic that add up to form a solid object. The material is usually ABS, but can also be PLA or other types of thermoplastics depending on use. An alternative method for creating objects with FDM printers is vat photopolymerization, where ultraviolet light hardens a liquid resin into an object. This method is more common in prototyping machines used by engineers and architects. Newer technologies such as conductive materials allow an object to have electrical circuits printed right in it – although these technologies are not generally available in most consumer level 3d printers yet.

This is one of the most commonly used methods. In material extrusion method, a feedstock material like plastic, metal or ceramic powder is heated to a melt state and then forced through a die (opening) by a robotic print head. The molten material passes through an extruder nozzle or directly from an opening in a manifold where it quickly solidifies into layer upon layer of solidified structures. More here

Unlike most of today’s consumer printers, which use color-separation technology to create each layer of an object, DLP uses a digital projector to expose light-sensitive resin, or resin material. The projector sends out hundreds of thousands of tiny light beams that hit a vat of resin in different patterns. 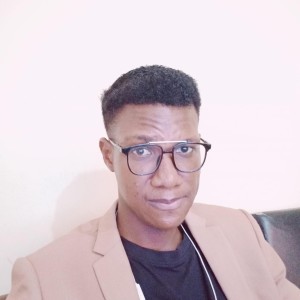 Techpreneur, Programmer & Salesman. Founder of ContentDrive. Interested in growing your business online? Get in touch with us.
Subscribe
0 Comments
Inline Feedbacks
View all comments

The 5 Tools You Need to Boost Your Marketing Efforts

7 Ways to Advertise Your Product and Get More Customers